The second METIS-II All meeting was hosted by Ericsson in Kista on September 30 – October 2.

Since this meeting coincided with the completion of a number of reports and the start of new work in the technical workpackages some of the time was spent on the finishing touches on the reports. The activities that were started was the work on techno-economic evaluations and userplane and controlplane design in WP1, WP4, WP5 and WP6 respectively. We also continued the discussions of system level evaluations.

In addition the work on Spectrum finalised R3.1. It was decided to make this report public in order to support the discussions at the upcoming MWC15. 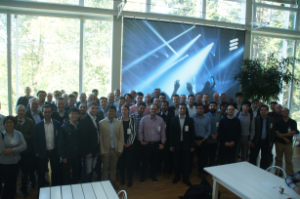 Get Social with us

All content below is only visibly to Administrators
Sitemap